The weather was a bit unpredictable this year so my veggies were Well Confooozed - the courgettes were a hug disappointment after last year's mammoth harvests (this seemed to be partly due to the fact that some of the plants seemed to be male, therefore not fruit bearing - although weirdly some of them swung the other way towards the end of the summer - transgender squashes???). 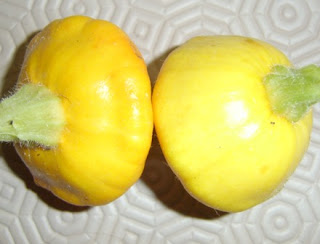 The Tumbling Toms were very late developers, hence I ended up with eight jars of Glutney (see previous instalment); 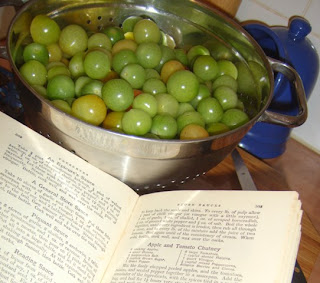 the so-called "climbing beans" could hardly be bothered to leave the ground; 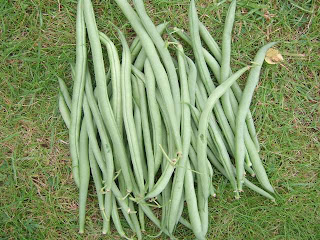 the basil finally decided to get going about a month ago, just in time for the cold to kill it off; and the experimental aubergine spent so long deciding whether to come out to play or not that it was just too late - this poor little thing was not destined for greatness 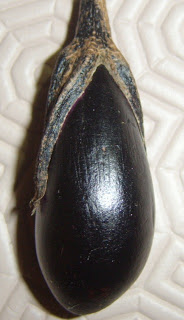 It looks all very fine and promising, until you put it next to an apple to show the scale (this is NOT a magic Giant's Apple BTW) 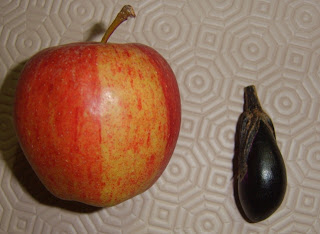 Not so impressive now is it? Here are its elder siblings lined up for a family photo 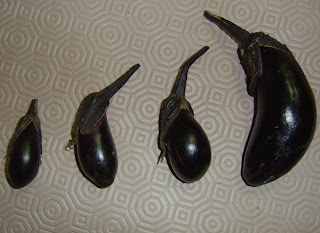 Although they were so tiny, we still ate them ... and they were still delicious :o)
Posted by Annie Claxton at 01:04

Email ThisBlogThis!Share to TwitterShare to FacebookShare to Pinterest
Labels: Home and Garden

Your eggplant look pathetic next to mine. They were the only things I actually got a good harvest from this year. Sorry yours were puny, but you got a lot of great squash, something I can't seem to grow properly.

You asked if you could join the AB class at any time. YES. I will leave the links to these classes as long as I have this blog, which hopefully is forever. Of course, you won't be able to show your homework in the links, but you can let me know (in my comment section) if you have homework and I'll make sure to visit. After the first of the year, I MAY move the links to one of my other pages (such as the "coming soon" page), but you will have access to them regardless. Thanks for asking and allowing me to visit you tonight.