Well, today hasn't turned out quite as I had planned at all! A whole day to myself and I had such big ideas for all the stuff I was going to do ...

The first thing I wanted to do was to finally get around to doing something with the Perler beads which have been loitering on my desk for months, waiting for an exciting experiment.

I love adding enamel dots to my projects, but they can be a bit pricey and there are loads of excellent videos on YouTube showing how to create your own at a fraction of the price by melting these beads in the oven. 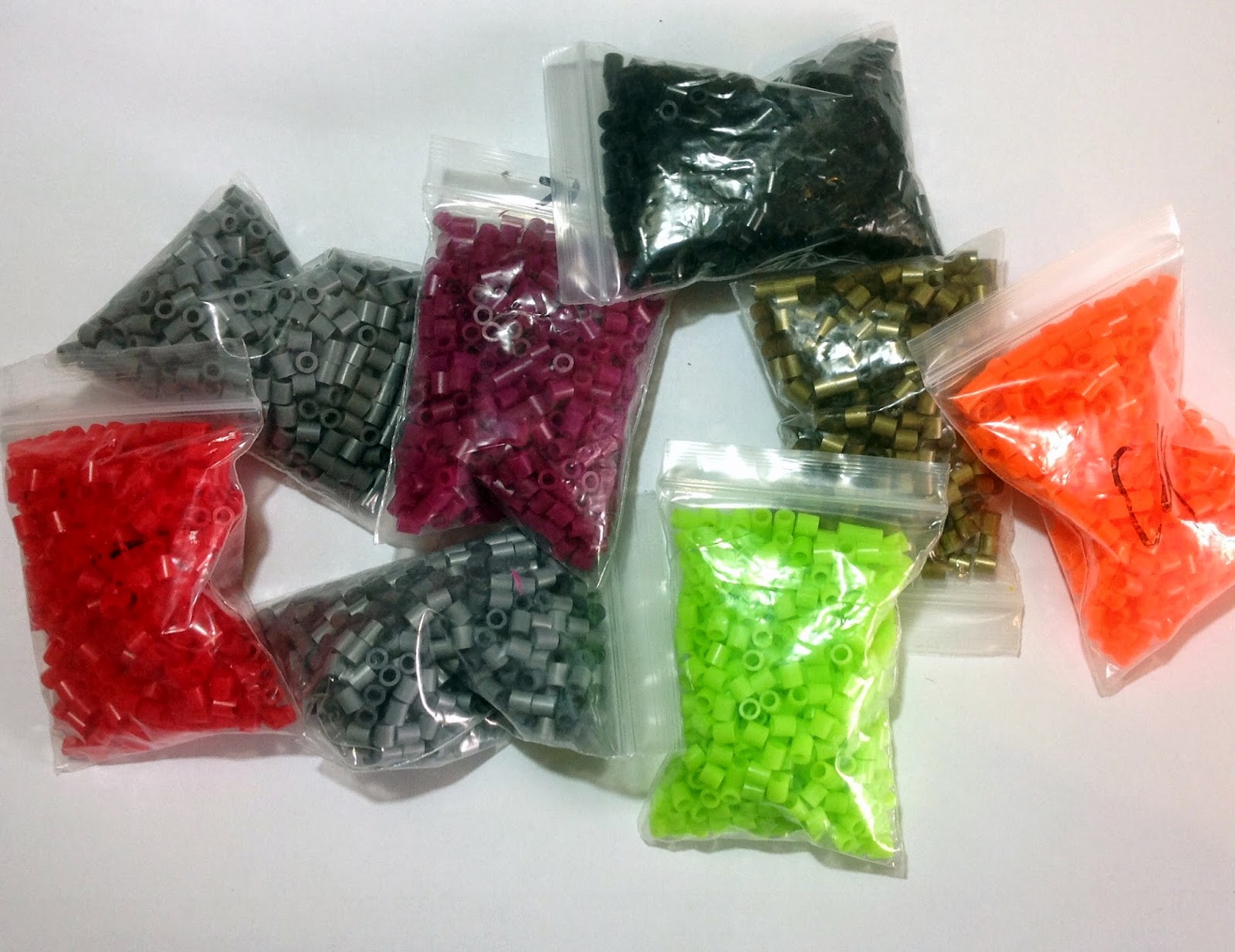 You can also use pony beads, but apparently they release noxious fumes as they heat, whereas Perler beads do not (I guess because they are designed to be fused together with a domestic iron to create decorative projects so they would have to make them safe to heat up)

I bought the Perler beads you see in the picture above from eBay - only 99p for a each bag of 500 and so many colours to choose from BARGAIN!!! The idea is to arrange them standing on end like this .... 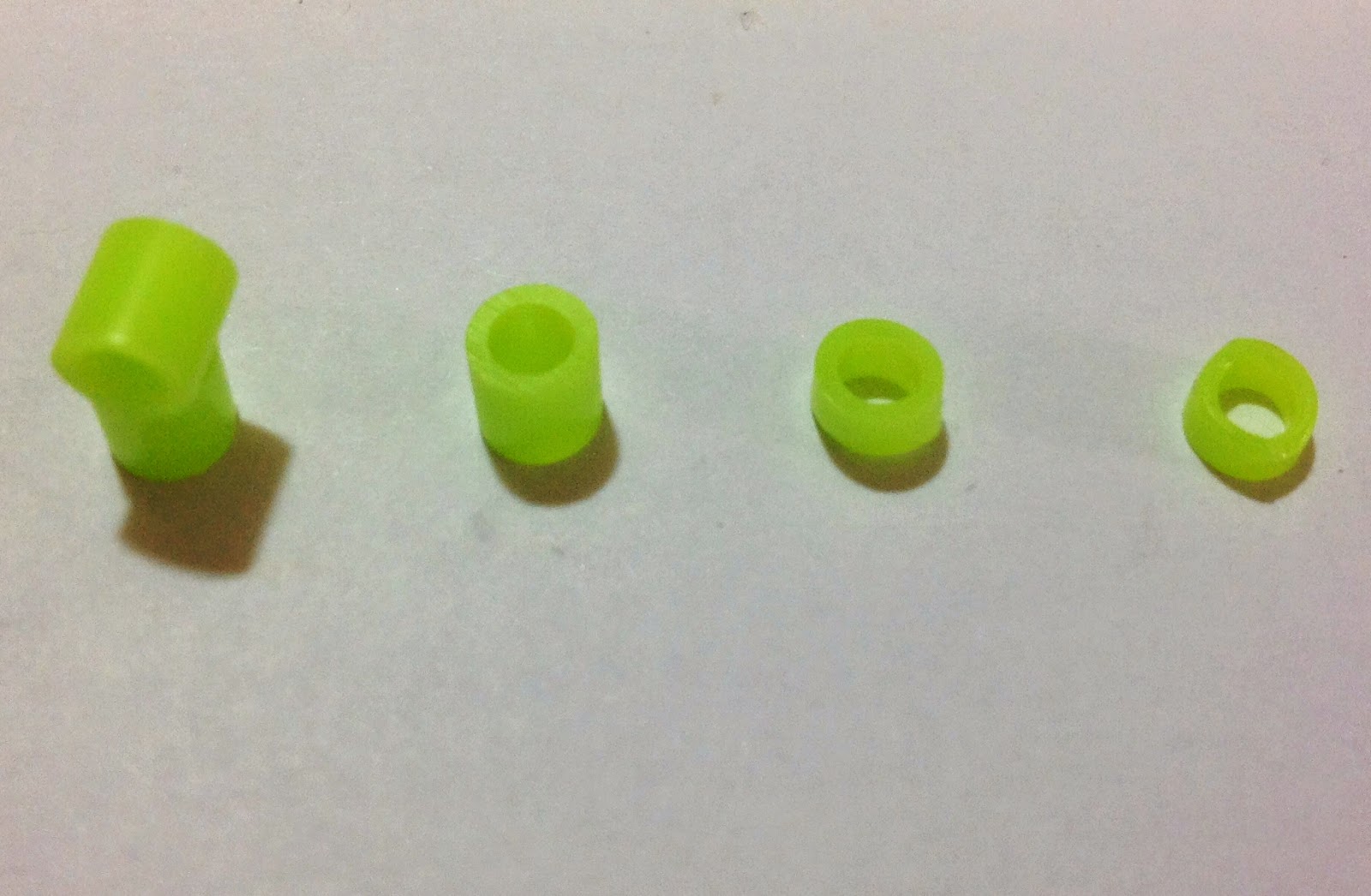 Apparently if you cut them in half you will get smaller dots and if you balance one on top of another as shown above you will get bigger dots.

Then you place them on a baking sheet lined with non-stick parchment or a heatproof craft sheet - they need plenty of space to expand and they must be absoloutely flat or they will melt into an oval shape rather than a circle. Here are mine about to go into the oven ... 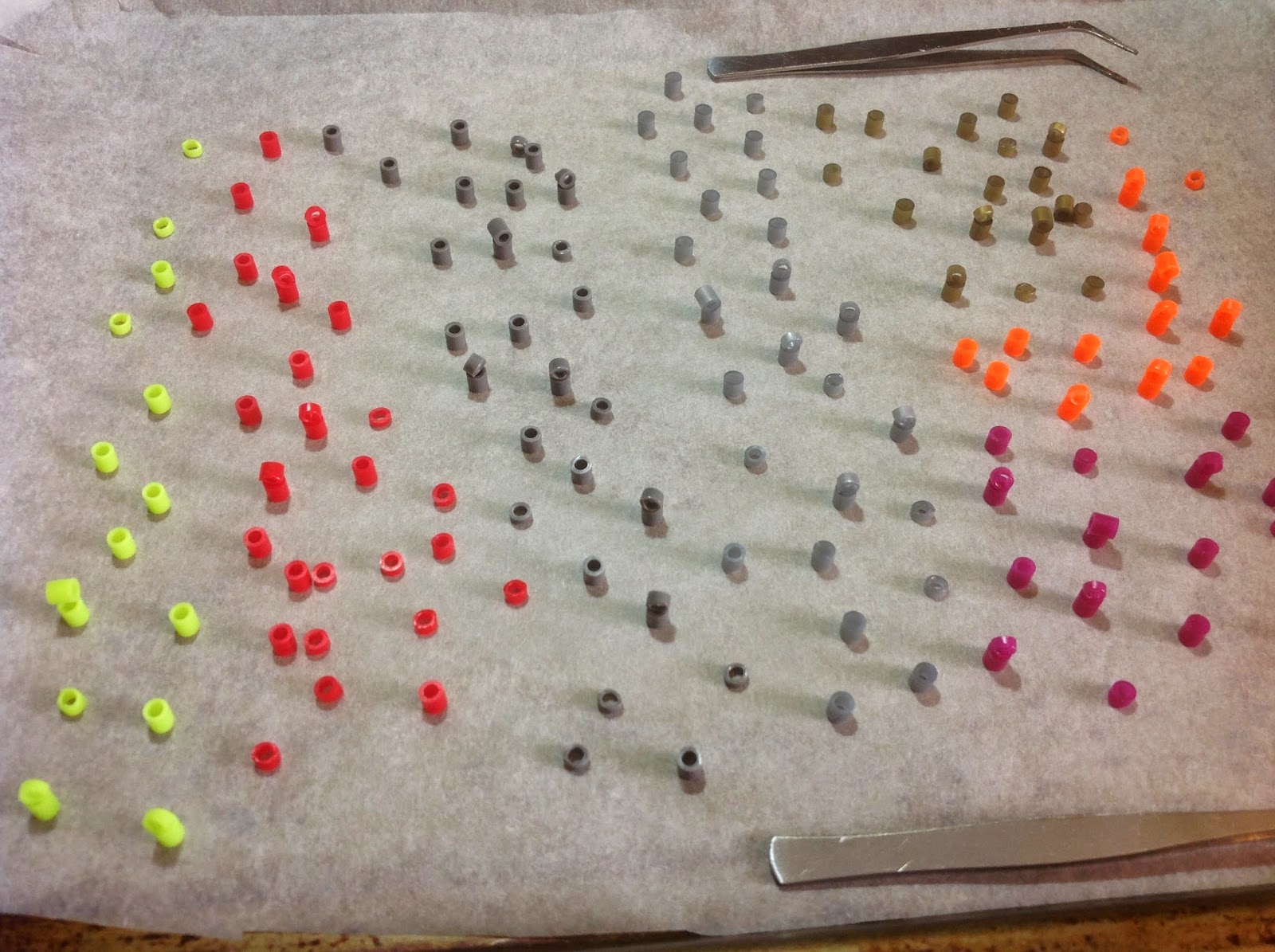 The tweezers are only there to weigh the paper down so it stays flat. Pop them in a hot oven for 10-15 minutes and BINGO .... or not.

After 15 minutes, mine still looked like tiny fruit polos (do they still make those?). I left them in for another 10 minutes - still not quite there, and now many of them were oval not round and the beads I had stacked on top to make bigger dots had fallen off sideways rather than melting into one neat circle. Still, I thought I would leave them in a little longer to see if things improved, but then -

At first I thought I'd tripped the switch by having the oven so hot for so long but it turns out that was just a coincidence - to CUT a long story SHORT, after several hours of messing about and thorough investigation by an electrician who was as conFUSED as I was, it turns out it's the blinkin boiler system again. Always happens at this time of year just as the heating starts to kick in - no hot water, no heating until the engineer can come out to fix it. Bummer.

So, getting back to the beginning of this story - here's how my DIY dots looked at the point where the power went off ... 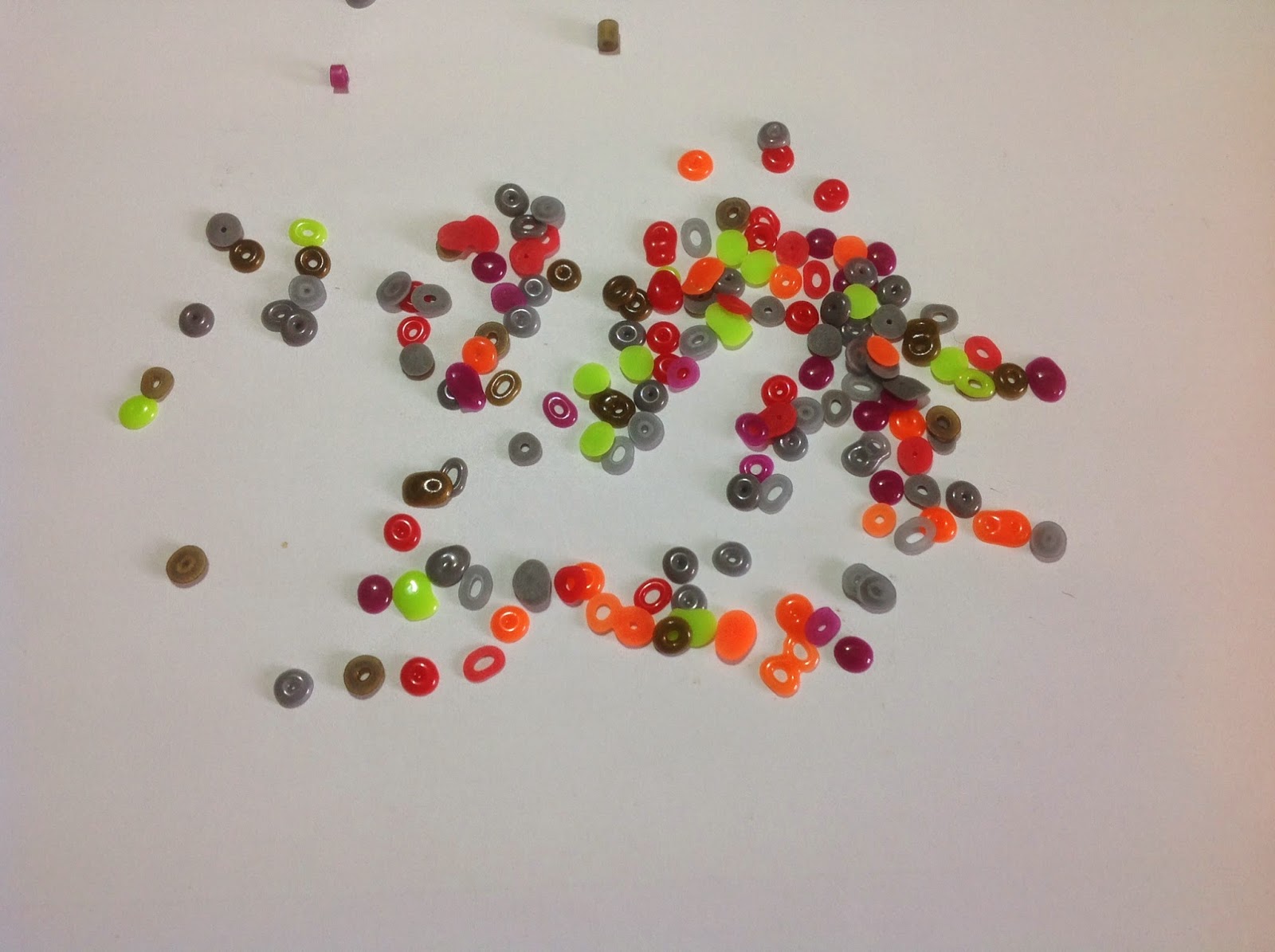 ... a selection of tiny fruit polos and wonky ovals, very disappointing. I'm sure if I was determined, I would have another go - make sure the paper is flat, try a longer slower bake, not use the fan in the oven so the beads aren't blown around ... but somehow I've lost heart in the whole idea at the moment.

Hey ho, best laid plans and all that - anyone have any ideas for using up 4000 Perler beads!? :o)

Thanks for popping in today, see you again soon.

Oh Annie, sorry to hear it didn't go as planned. I've heard and read of lots of people trying this DIY dots idea with very few success stories although LJ (used to be on the DT) had relative success with some Hamma beads!! Your post did make me chuckle though! xx

Oh Lordy, I'm sorry, but this really made me laugh. So sorry about the boiler...sounds like you're just not meant to make those lovely dots.....you might try again in a little while, eh? If not, send a few over to Oz & I'll see if I can do any better!!!!!!

Oh Annie... sounds like something that only happens here... I wonder if maybe it would have worked if the oven was hotter... I do hope you try again. I have been looking for these beads so that I can give it a try. Perhaps I will wait till you got it sorted :0

Oh Annie, I'm so sorry your day didn't go as planned. Broken down boiler! Horrible. Plus Your dots didn't materialize.... I hope you will try again at some other date. If you don't know what to do with them, you can divide them in a few bags and send a few around the world to places where these things are not readily available.

Interesting experiment, Annie! It sounds great in theory - shame it didn't work. Still, experimenting is fun, whether successful or not!